My painting does not aim to express the essence of reality, human sentiments or feelings, nor does it claim to present a subjective description of what my eyes see in the world. It isn’t a kind of expressionism or surrealism, although it has much in common with these modernist stylistic movements. My painting cannot be categorized within the framework of modern Western art because it is grounded in a different cultural framework, that of Greek-Byzantine art, where painting and its function are conceived of in an entirely different way.

Painting concerns the surface (epiphaneia) of objects. The epiphaneia, however, is not simply a surface, nor is it a vacuum or an empty space. Rather, in Byzantine art the epiphaneia is the manifestation of the hypostasis of the depicted object, which is at once both revealed and hidden. Indeed, its existence is revealed while its essence remains hidden.

My work does not endeavour to describe feelings or impressions, but rather describes the relationship between the depicted object and the viewer, creating an intimate bond between subject and object. In this relationship there are no defined roles, and the distinction between subject and object collapses. Relationship is all that remains: a state of love, of synousia (of being together), where all boundaries are lost and life becomes a state of eternal communion.

The aim of my art is realized through the traditional principles and ideals of Byzantine painting, and specifically through the Byzantine principle of rhythm. Everything in a picture is energy: line, colour, movement, and so on. In Byzantine art, these energies are reconciled and exist in a ‘perfect’ way, that is, in a state of dynamic balance. Through rhythm, images become manifestations of a state of love and create a peaceful space-time here on Earth. Rhythm transforms everything into a new reality and manifests a desire for a new world where conflict and hatred are replaced with love and peace.

This ‘consoling realism’, the term which best characterizes my style of painting, focuses on expressing the needs of contemporary people who are tortured by a lack of communion and relationship, by an abyss of darkness. I work and create to present a consoling picture of communion and love, so greatly needed in today’s world.

1991 – Ph.D. in Theology and Byzantine Aesthetics, National and Kapodistrian University of

2013 – Light and Rhythm: Byzantine Icons in the Post-Modern World. Yale, Institute Of

2010 – Of the Unknown Warriors and Heroes. Municipal Gallery of Thessaloniki, Villa

2006 – The Passion According to St. Matthew. Aenaon Gallery, Athens, Greece.

2005 – The Chamber of the Innocent. Aenaon Gallery, Athens, Greece.

2015 – State of South Carolina, House of Representatives, Commendation and Recommendations for his artistic efforts on the decoration of the Church of Holy Trinity, Columbia, SC.

2007 – The Character of and Reason for Abstraction in Byzantine Painting (Athens:

2006 – The ‘Hermeneia’ of Dionysios of Fourna: An Aesthetic and Artistic Response

2006 – Tradition and Creativity in the Work of Fotis Kontoglou (Athens: Armos).

2002 – The Iconology of St. Photius and Sacred Art in the Post-Iconoclast Period (Athens:

1998 – Faces in the Icons of Theophan the Cretan and the Use of Color: An Aesthetic

PUBLICATIONS ABOUT THE ARTIST

the World: Pictorial Solace with Icons of Saints of Mount Athos: 45-47.

2010 – Heliopoulou, R. O. “Introduction”, in Georgios Kordis: The Confession of a Point

2009 – Shina, A., “Introduction.” In Georgios Kordis: Of the Unknown Warriors and

2007 – Shina, A.,“Introduction.” In: The Fleeting Dreams of Joy: A Pictorial Discussion

with the Poetry of Nikos Eggonopoulos (Thessaloniki: Ianos).

1993 – Zias, N., “Georgios Kordis’ Painting and the Transformation of Everyday Life.” In 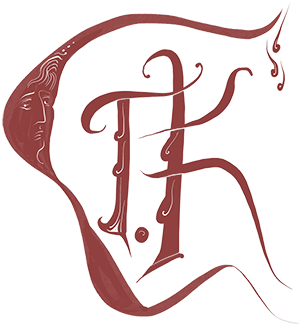 “A line should stand as a witness to the hope of a state of communion in which all things will exist in unbroken unity, in a relationship of love. It should testify to the structure and qualities of such a unity. Each painter is called upon to find this line in a chaos of choices, and to draw it forth and inscribe it, illuminating not only its existence but also its character.“ 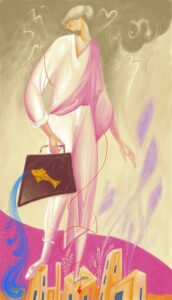 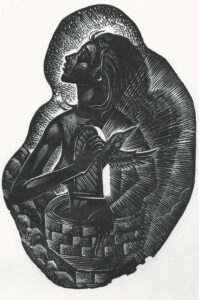 If you would like to receive our news first, give us a name and an email